Despite the fact that they both perform the same type of work, each type has a particular goal in mind. Car haulers, however, are the more typical truck utilized by the majority of people who work for an auto transport business. Open carrier auto transport is what this is. The several ramps seen on car haulers may accommodate numerous automobiles at once. This is the norm for state-to-state and cross-country auto shipping because the majority of carriers profit by transporting many vehicles at once.

Long-distance car transport is more frequently carried out by car carriers. As was already noted, these automobile trailers can be single levels or have many levels in a variety of designs. Despite the fact that they are excellent for sharing the cost to ship each car during long distance car shipment, they can be around 70 feet long, which makes it challenging to deliver in constrained residential areas.

Other car transporting arrangements, such as the wedge car hauler or the tilt bed car trailer, can be seen in addition to the highly well-known two story 8–10 vehicle hauling setups with ramps. These are especially helpful for tall vehicles, like bucket trucks, ambulances, high roof vans, and more.

There are at least nine different configurations of haulers, ranging from those who specialize in moving vehicles to those that move enormous items like box trucks, large pieces of machinery, or even cranes. 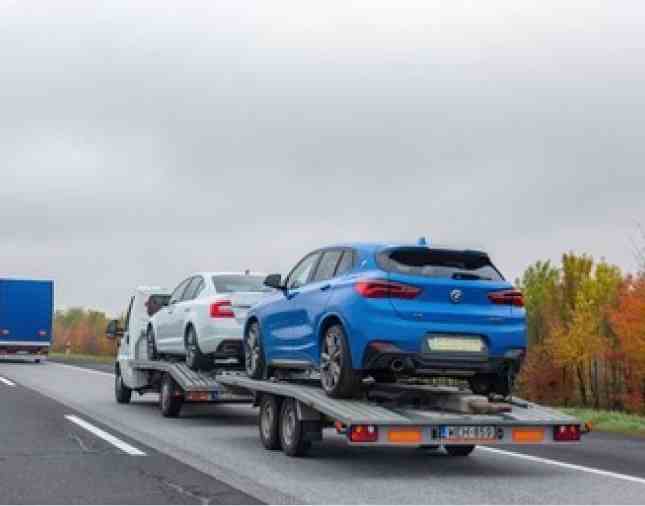 In contrast, flatbeds have a long surface and can only move one or two vehicles at once. Short-distance hauls can be made using a flatbed truck, and some people do use them frequently for intrastate shipping. However, they are most helpful for transporting broken-down cars locally, picking up stranded vehicles, and relocating a car from one local dealer to another.

Because the bed of a flatbed extends partially to the ground, it is also easier to transport cars that need to be winched. Additionally, because they are smaller than car haulers, they may more easily pick up vehicles in residential areas.

A low boy or step deck should not be confused with a flat bed vehicle. Both of those are not flat beds, but they can be utilized as car trailers driven by semis or dually pickups. Commercial trucks with flatbeds often have hydraulic flatbed systems mounted on channel frames. 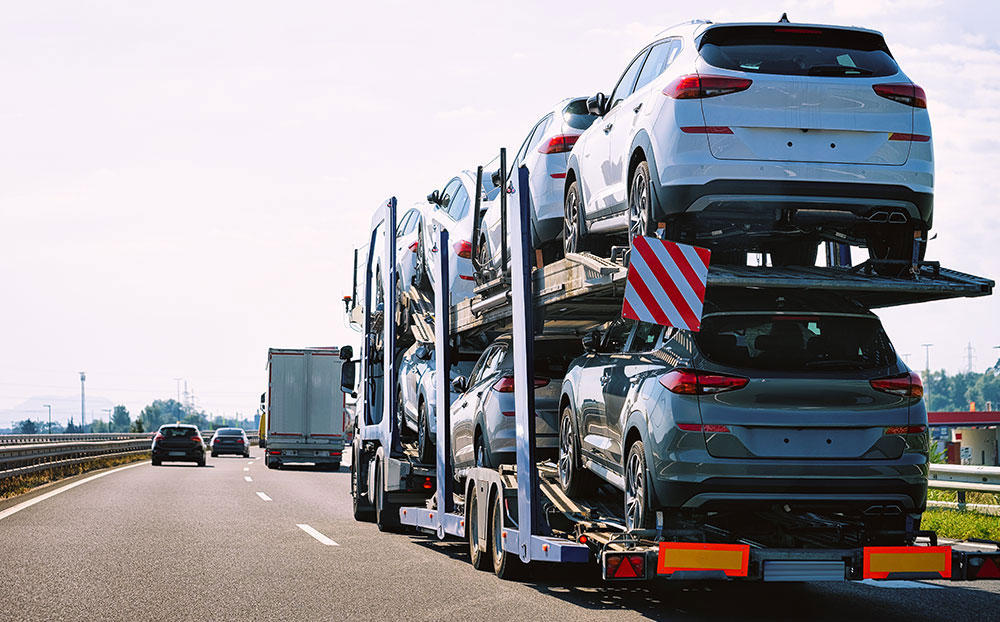 Key Information: A Car Hauler and a FlatBed

Before selecting a truck for your auto transport requirements, you should be aware of a few additional important differences between flatbeds and car carriers.

Flatbeds Are Expensive
Because they are unable to transport more than one or two automobiles at once, flatbeds are typically more expensive to hire than car carriers for long distance travel. That's a perfect illustration of why local towing firms charge more than vehicle transportation services.

Less cars on flatbeds, but with greater flexibility
Flatbeds have the advantage of being able to transport taller vehicles, such as modified trucks and cargo vans, but they can only hold one or two cars, making them best suited for short distances. There are also car haulers that can carry taller cars.

Local Auto Transporters Still Frequently Use Car Haulers
Local transportation still makes use of car haulers. Due to the various vehicles traveling to and from the same location, taking two or three cars to a port would be economical.

More people work as car haulers
A flat bed will probably not be as readily available as a vehicle carrier to an auto transport company.

You might not have a choice, but you might not have to
Some people might think that having their automobile on its own with a flatbed is preferable, but this isn't always the case. Yes, they can do deliveries with just one car a little bit faster. Additionally, because they are smaller, they can fit in more spaces. The time it might take you to search for one, though, might easily exceed the somewhat quicker shipment and improved accessibility.

That is obviously taken into account if it is a short-distance transport. Most flatbeds operate primarily locally, thus they won't need an interstate license for long distances between states. Therefore, the likelihood that a shipping business will acquire it is probably small to none.

Ship your car with Rapid Auto Shipping at an affordable price, on-time delivery, and hassle-free service.

Your vehicle will endure unnecessary wear and tear after many kilometres of travel. This reduces the property's resale value and puts more expensive maintenance tasks on your to-do list. You won't accrue additional kilometres if you decide to ship your vehicle. You can maintain the condition of your tires and protect your windshield from insects and other pests by using car shipping services.

We are Country wide

We build partnerships that are open and honest.With our employees, customers, drivers, and other business partners, we strive for relationships built on honesty, perseverance, mutual trust, and integrity.Our words, behaviours, decisions, and actions all come together to form a unified whole. We don't make promises we won't be able to keep.It's crucial to keep track of commitments at Rapid Auto Shipping. It all comes down to the fundamentals of business. If you say you'll do something, follow through.

When you adore your vehicle, getting behind the wheel and hitting the open road is the finest way to get it from point A to point B. When you can't see your vehicle until it arrives at its destination, you'll need a dependable transportation firm to deliver it safely and swiftly. We at Rapid Auto Shipping has given great auto transport solutions to hundreds of thousands of consumers, and our 99+ percent customer satisfaction rate reflects our dedication to providing top-notch service.affecting or extending throughout all parts of a States

Don't just take our word for it though! Check out the thousands of five star reviews we've earned by striving to be the best in the auto transportation industry. We will love to get your reviews too .

Ready To Get Started Shipping With The Best?

Get an instant quote now

If you would prefer to speak to one of our experienced Transport Specialists, feel free to give us a call at
+1-833-233-4447